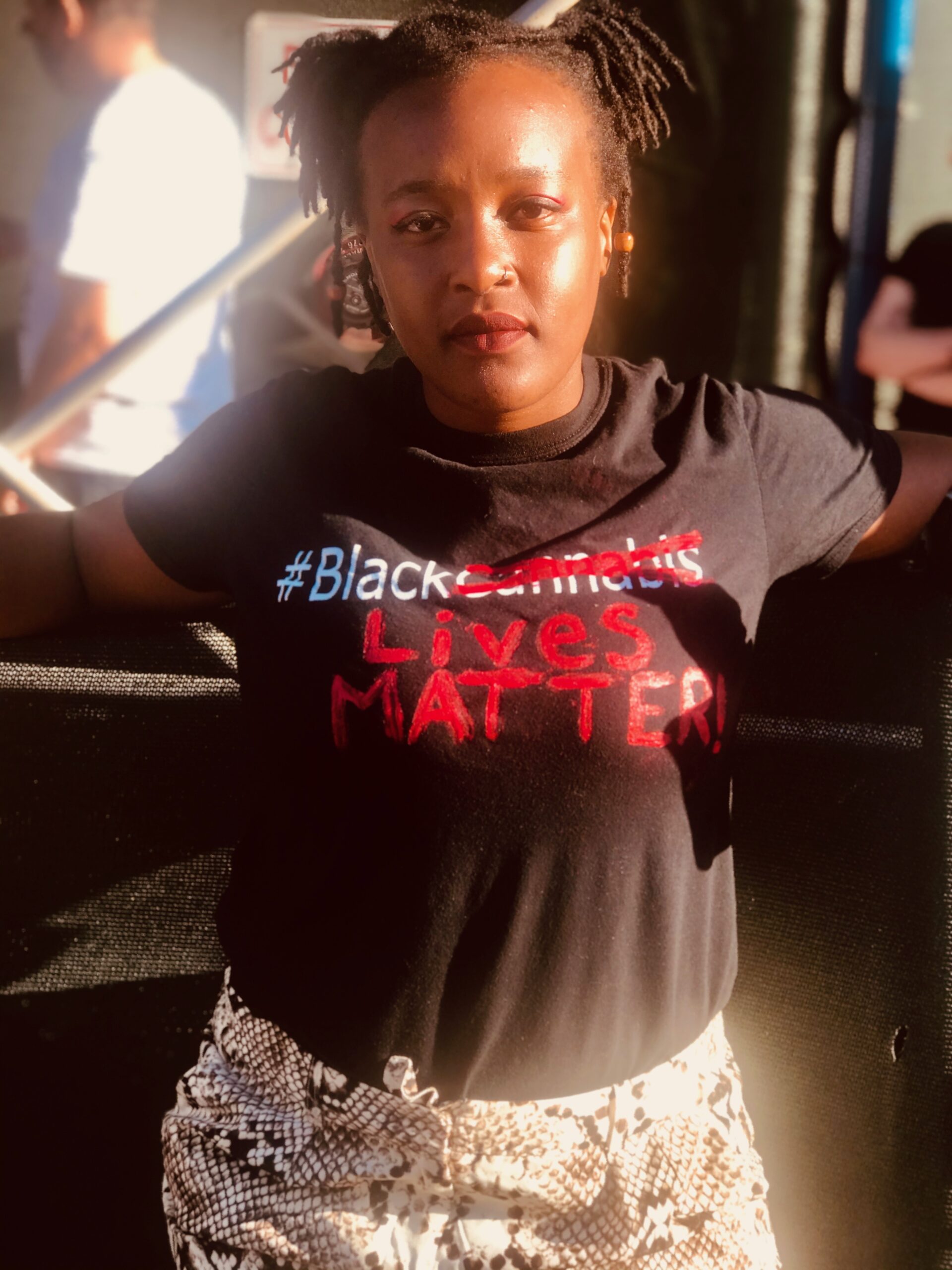 How do we protest? How do we voice our frustration? How do we show our support?

These are a few of the many questions being brought to Black Cannabis on the daily.  With the current state of America on the brink of an all-out revolution lines have been drawn, are you on the right side?

So many people have opinions on how people should express their anger towards police brutality and the systematic oppression of the American government towards Black Lives. Black Cannabis is not here to direct people on how to protest. Black Cannabis stands in support of those who have chosen to protest around the world. However, Black Cannabis DOES NOT support the agenda of individuals/ groups being paid to pose as protesters turned rioters. Black Cannabis has always been here as a vessel for people of color in the cannabis industry. After participating in several Black Lives Matter protests following the death of Ahmaud Aubrey, Breonna Taylor, and George Floyd, we’ve seen peaceful protest go awry at the sight of police presence.

We at Black Cannabis understand that many are new to protesting or generally need direction on how to show solidarity with their African American counterparts. Not everyone is built to be on the front line marching and getting their hands dirty, yes. But everyone has a voice and for those who believe protesting is not their thing. NOW is the time to utilize your voice and rights as an American more than ever.

The old cliches of voting still are true to this day. Complaining about government officials and not voting is no different than complaining about a messy house and have no intentions of cleaning it. Police Chiefs, Mayors, Governors, City Council, Senators, and all bodies of government are elected through voters. The biggest way to show your discontent with those in power is to not vote for them and vote for the correct person who will make a positive change. Regardless if they are Republican or Democrat. Maybe looking into 3rd parties like the Green Party or the Legalize Marijuana Party.

Know who you’re voting for and hold them accountable!

Social media is a good start! Millions of Americans have social media accounts, a lot of us have multiple accounts. Black Lives Matter launched on July 13, 2013. The popular “#BlackLivesMatter” has become a rallying cry for those in support of ending police brutality. There are many trends that occur on social media but the biggest thing one can do to utilize their social media is spreading positive, TRUTHFUL awareness. Whether it be hashtags, sharing information on Facebook, Instagram, or any social media platform, do so wisely and genuinely. Black Twitter is watching.

Money makes the world rotate. And in America, African Americans have the largest buying power among any ethnicity.  What does that mean exactly? Well to sum it up, the Black Dollar can go a very long way!

Knowing where your money is going to is very important because the money you spend with companies, is the same money a lot of corporations turn around and use to fund police departments, as well as inadequate presidents.  Boycotting these corporations is extremely important.

There is nothing wrong with asking yourself, “Am I spending my money wisely?”or “Where is my money REALLY going when I shop at Target or wherever?”

Last but certainly not least! We must educate our youth and set examples for them to follow. Educating them on police brutality, knowing their constitutional rights, the current state of America, why there is a protest happening globally, and the difference between rioters and looters. It is okay if you don’t completely understand the situation yourself. Now is a perfect time to do some quarantine digging and educate yourself on how we have gotten to where we are today.