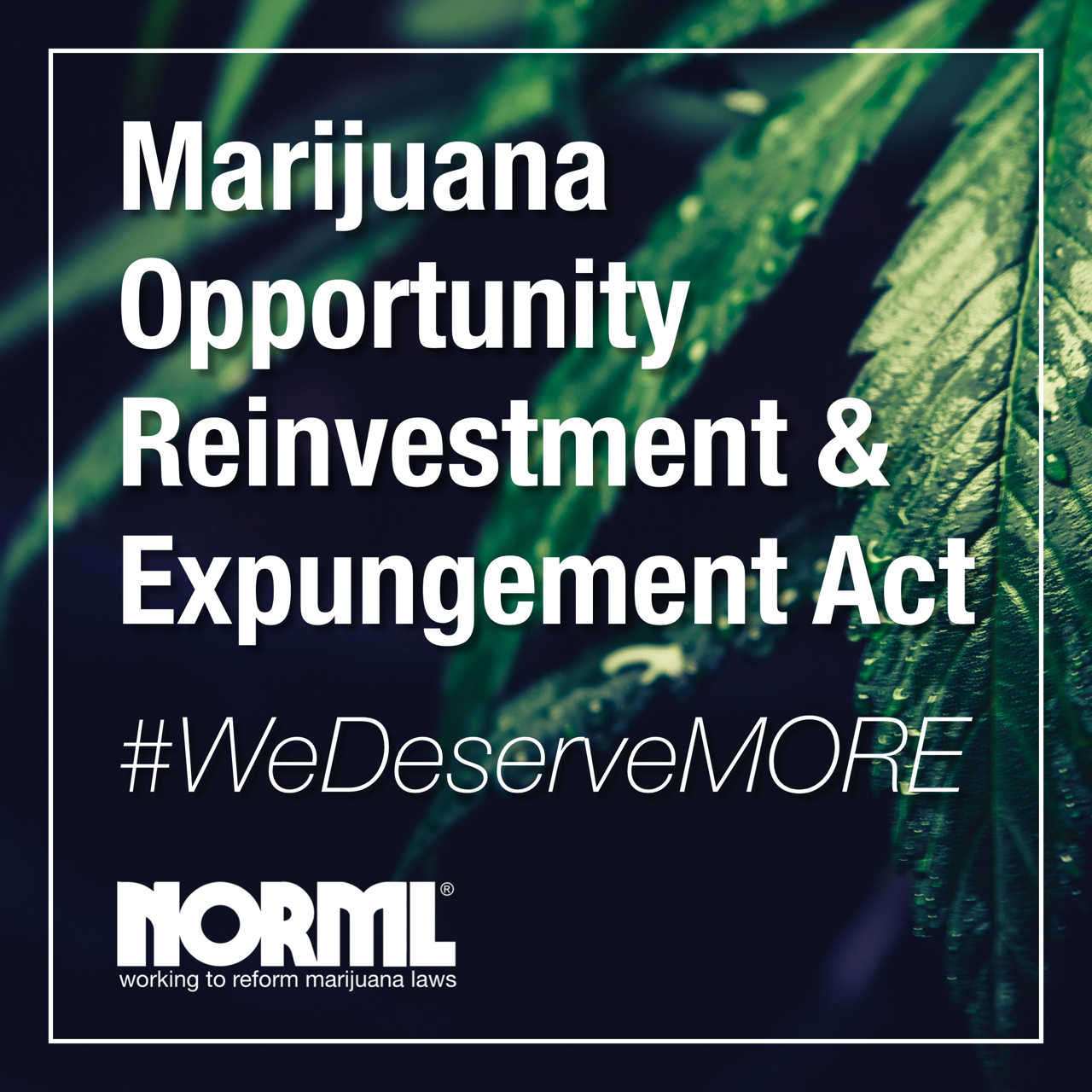 Washington, DC: Members of the House of Representatives voted today to approve the Marijuana Opportunity, Reinvestment, and Expungement (MORE) Act, HR 3884, which removes marijuana from the federal Controlled Substances Act — thereby eliminating the existing conflict between state and federal marijuana laws and providing states with the authority to be the primary arbiters of cannabis policy within their own jurisdictions. Currently, 36 states and Washington, DC regulate medical cannabis access; 15 of those states and Washington, DC have further legalized marijuana use and possession by adults.

“This is a historic day for marijuana policy in the United States. This vote marks the first time in 50 years that a chamber of Congress has ever revisited the classification of cannabis as a federally prohibited substance and sought to close the rapidly widening chasm between state and federal marijuana policies.”

“By establishing this new trajectory for federal policy, we expect that more states will revisit and amend the archaic criminalization of cannabis, establish regulated consumer marketplaces, and direct law enforcement to cease the practice of arresting over half a million Americans annually for marijuana-related violations — arrests which disproportionately fall upon those on people of color and those on the lower end of the economic spectrum.”

In the 2020 election, voters in five additional states overwhelmingly decided in favor of ballot measures legalizing marijuana for either medical or adult use. Once these newly enacted laws are operational, more than one-third of Americans will reside in a jurisdiction where the adult use of marijuana is legal. This existing state/federal conflict is untenable and it is imperative that efforts to address it gain additional legislative momentum ahead of the incoming Biden-Harris Administration.

While campaigning, President-Elect Biden repeatedly called for the federal government to respect the rights of states that have voted to legalize and regulate marijuana access. Vice President-Elect Kamala Harris is the current lead sponsor of the Senate companion of the MORE Act, S. 2227.

NORML’s Executive Director Erik Altieri added: “By going on the record with this vote, House members have set the stage for a much-needed legislative showdown in 2021 when we will have the Biden administration in office — one that has publicly expressed an appetite for advancing the restorative justice remedies outlined in the MORE Act. We are primed and ready for this legislative debate and we expect, ultimately, to win it.”

While the MORE Act federally deschedules cannabis, it does not mandate states that have criminalized marijuana to amend their policies. That decision remains up to individual state governments and/or their voters.