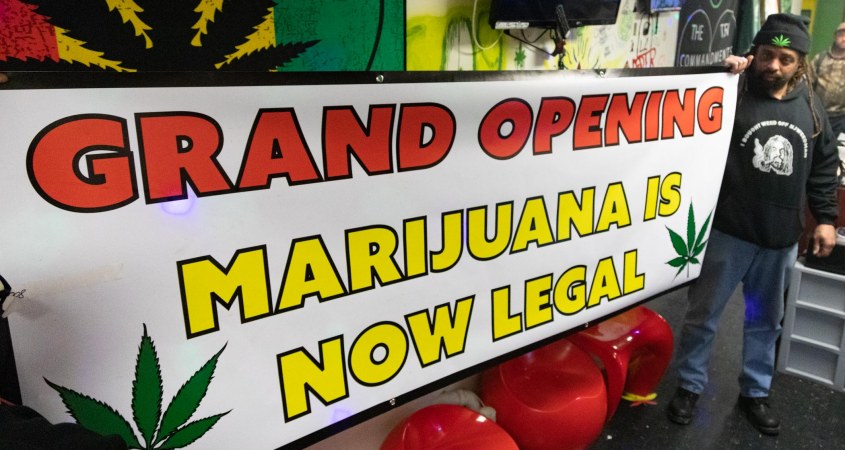 TRENTON, NJ (MERCER)–Ed Forchion, NJ Weedman has opened up the first citizen dispensary and is now selling marijuana at the NJWeedman’s Joint. According to Forchion he sold the first “legal” weed in NJ at 12:01 am this morning. There was a party with a band and a Champaign toast at midnight celebrating what he said was the first legal sale in NJ.

NJ Weedman, Ed Forchion said, “New Jersey Public Question 1, the Marijuana Legalization Amendment, was on the ballot in New Jersey as a legislatively referred constitutional amendment on November 3, 2020. Public Question 1 was approved. A “yes” vote supported this constitutional amendment to legalize the possession and use of marijuana for persons age 21 and older and legalize the cultivation, processing, and sale of retail marijuana.”

Forchion told MidJersey.news that current State Government’s legislation is designed for big business and cuts out the small guys. He stated that the people voted for legal marijuana and not for big business. Marijuana should be for everyone that wants it.

Currently the Public Question passed during the General Election allowing legal marijuana in NJ starting January 1, 2021. The legislature and Governor have not worked out all details on a legal marijuana bill and the bill has been delayed. Some say it would create problems if sales are challenged in court of law until a marijuana law is passed.